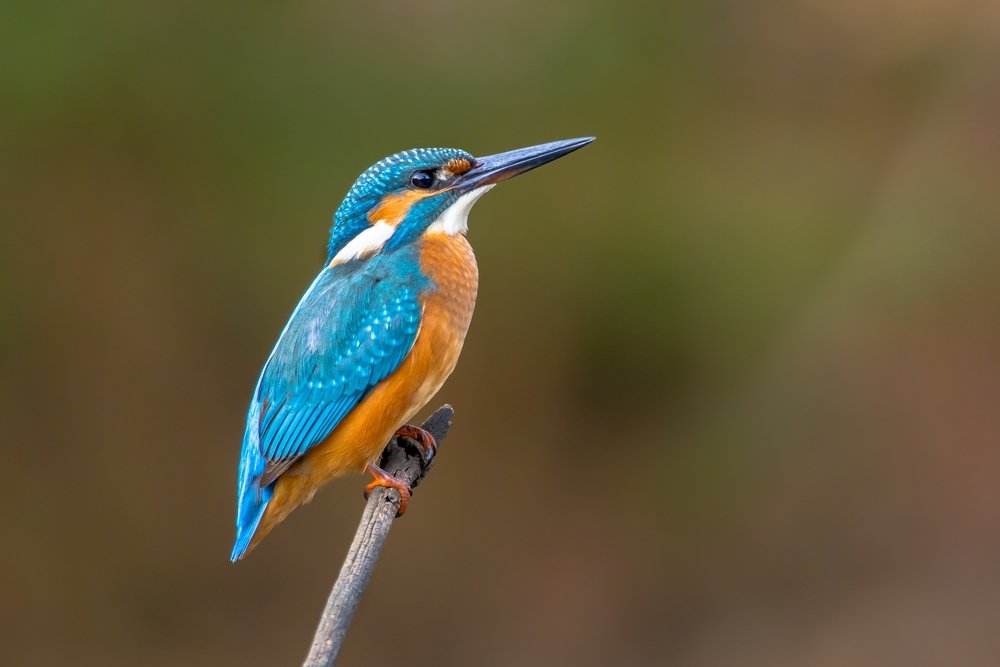 If you’re not tired of Edgar Allan Poe’s “The Raven” this close to Halloween, chances are good that you will be soon enough. Nothing against that poem or its esteemed author, but it does tend to get a bit overexposed (search for it on Youtube if you doubt me). Besides, it’s not as if ravens have the market cornered for supernatural or literary connotations.

Here are some of our fine feathered friends and the superstitions that humans have attached to them in the past.

Albatrosses The other great spooky bird of 19th century literature, the albatross plays a pivotal role in Samuel Taylor Coleridge’s The Rime of the Ancient Mariner. This bird, whose wingspan can extend beyond ten feet, can fly for hours or possibly days at a time and spends well over half of its life at sea.

Early mariners believed that they embodied the souls of fellow sailors who’d died. An albatross hovering around a ship was regarded as both a bad and a good omen: while some believed that the birds heralded rough weather, others thought that they protected ships and their crews. The Coleridge poem seems to hold the latter view: the entire crew of the Mariner’s ship dies after he shoots the albatross with an arrow.

Owls Over the ages, these nocturnal birds have had both positive and negative superstitions attached to them as well. The Greeks linked little owls to Athena, the goddess of wisdom; they believed that if an owl flew over an army before a battle, it meant that the army would emerge victorious. Conversely, the Greeks and the Romans also believed that witches transformed into owls so they could attack babies and suck their blood.

An owl hooting or screeching at night was said to cause a newborn baby to die, lead an unhappy life or grow up to become a witch. If an owl rested on an abandoned house, it meant that it was haunted. If it landed on a house with people or constantly hooted nearby, it meant that someone in the house would die. Various Native American tribes also held owls in high and sometimes fearful esteem. The Sioux, for instance, regarded owls as the protectors of the entrance to the underworld. The Hopi nation associated owls with evil sorcery. Save Our Species: Endangered Animals and How You Can Save Them

Buy Now
As an Amazon Associate I earn from qualifying purchases.

Kingfisher Unlike Albatrosses and Owls, these birds don’t seem to have any negative superstitions attached to them. Perhaps people have just been enchanted by this bird’s gorgeous plumage. In the story of Noah, the kingfisher flies away from the Ark after the great flood and catches the orange of the sun on its breast and the blue of the sky on its back. According to Greek mythology, kingfishers originated with Alcyone, a daughter of Aeolus, the god of the winds. After her husband Ceyx died in a shipwreck, she threw herself into the sea. The gods took pity on them and transformed the couple into halcyon birds or kingfishers (incidentally, this is where the phrase “halcyon days” comes from).

European traditions hold that carrying the feathers of a kingfisher promote good fortune and health. Seeing a kingfisher sitting on its eggs in its nest signified that the seas will be calm. Hanging the dried body of a kingfisher on your ship supposedly allowed you to know which way the wind would blow. Maybe the Ancient Mariner should have killed one of these instead. (Just kidding.)

Doves Like the kingfisher, the dove has predominantly positive connotations. It’s the messenger of the goddess Venus in Roman mythology, the symbol of the Holy Spirit in Christianity and supposedly the one bird that the Devil can’t transform into. During wedding celebrations, some couples may release doves to commemorate their union. Not every superstition about this bird is sweet and lovely, however: a dove circling above someone or tapping on the windows of a house with a sick person inside signified death. Also, miners won’t go into a mine if they see a dove perched by the entrance—that’s supposed to mean that someone will die also.

In spite of these detractors, doves are recognized today as the international sign of peace. One more bird superstition (this applies to all species): if a bird poops on your head, it’s supposed to mean that you’ll become wealthy. So don’t get mad if a pigeon drops a bomb on you. Just clean yourself off and go buy a lottery ticket.