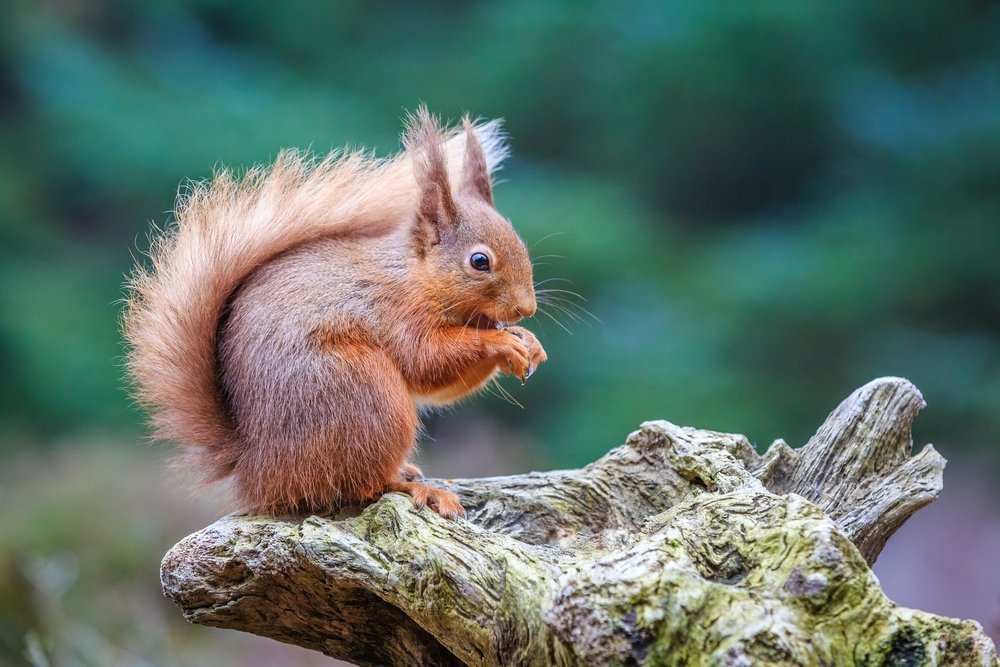 The plight of the giant panda, the Siberian tiger, and the snow leopard, among others, are well known to us all. Their depleting numbers continue to worry animal lovers around the world, and global organisations from WWF to Coca Cola work together to try and save these majestic species. Because of their natural habitats, behavioural patterns, and low numbers, it’s unlikely that many of us will get to see them outside of a zoo or nature reserve. However, it could be possible to see some of our very own endangered species on our doorsteps – you just need to learn where to look! There are many species of animals, fish, insects, and flora that are close to extinction across England, Wales, Scotland, and Northern Ireland, and many are protected legally. You might be surprised by some of the endangered animals in Britain, so take a look at the list we’ve compiled of the ones that shocked us! Save Our Species: Endangered Animals and How You Can Save Them

Buy Now
As an Amazon Associate I earn from qualifying purchases.

There are thought to be less than 140,000 red squirrels left in Britain, with around 85% found in Scotland, while the Isle of Wight is the best place to see them in the south. The best times to try to see a red squirrel is in the morning, the late afternoon, and evening. During the day they hide away in their nests to avoid predators, although in the winter this midday nap is a lot shorter, or non-existent in comparison to the summer. The red squirrel’s depleting numbers are in part due to the introduction of the grey squirrel, which can digest a wider range of food, and is immune to a disease which the red squirrel isn’t. Human interference, such as road casualties and destroying habitats has also added to the loss of the red squirrel. However, there are many conservation projects set up all around the UK, in order to help repopulate the red squirrel, and control the numbers of grey squirrels. In 2011, the Prince of Wales launched a project, alongside the Red Squirrel Survival Trust, with a budget of £3 million.

Skylarks can be found all across the UK, identified by their unique voice and beautiful songs. On the ground they are hard to spot, due to their caramel and brown feathers. They live in open countryside, from lowland farmland, to upland moorland. The beautiful voice of the male skylark may soon become a thing of the past, as numbers continue to plummet. Compared to 30 years ago, only 10% of their numbers exist. The birds’ massive decline is mainly due to changes in farming practice: the way cereals are now grown makes the fields too dense for the skylark to run through, and are therefore unable to find food. One conservation project aimed at saving the skylark pays farmers to leave out 5 – 10m stretches while sowing their fields, so the bird can get through. The skylark then has enough space in among areas of low vegetation to build nests and hunt for food. So far this scheme has been a huge success.

The tiny water vole lives along rivers, streams, ponds and lakes, as well as in marshes and areas of wet moorland, all across the UK. It can be spotted year round, but its dark coat and small size means you have to watch out very carefully! The water vole population has fallen dramatically: from 8 million in 1960, to just 220,000 in 2004, resulting in the mammal being given full legal protection in 2008. Their decline in numbers can be put down to a mix of factors, from unsympathetic farming and watercourse management, as well as the introduction of the American Mink, which is a main predator of the water vole. Alongside its legal protection, there are many conservation projects involving the water vole, including riverbank habitat improvements, controlling mink, and various reintroduction schemes.

Grass snakes may seem like a common sighting to some people, but they are in fact an endangered species, and are protected under government legislation. Their natural habitats include farmland, grassland, heathland, and woodland, as well as in towns and gardens! It is one of only three snake species in Great Britain, and is only found throughout England and Wales. The grass snake is the largest reptile in Britain, with some growing up to 190cm! Your best chance of spotting a grass snake is between April and October, in boundary land – where forestry meets field, or on the edges of ponds, as these areas offer the best places for sunbathing! They are strong swimmers, and can also be found near fresh water. When hibernating or choosing somewhere to lay their eggs, grass snakes will opt for warm, enclosed locations, such as compost heaps and log piles. To help these snakes out, try placing piles of logs in your garden. Remember to be careful when approaching a potential snake-spot!

Measuring just 6 – 9 cm, the dormouse is one of the smallest mammals in Britain, and its golden-brown fur and nocturnal nature makes it one tough animal to spot! Is favourite habitats are farmland, grassland, heathland, and woodland, and they can usually be found in hedgerows. Dormice will spend the majority of their lives in among branches to avoid the danger of going on the ground. The dormouse is easily recognised by its long, fluffy tail – and at around 6cm, it’s almost as long as the mouse itself! Sadly, it’s suffering from a loss of a habitat, as well as being preyed on by bigger animals, and being trampled by people. The destruction of forests and hedgerows is not only a loss for their nesting patterns, but also for their diet – they require a broad range of food across the year. The hazel dormouse is a protected species, and many efforts are being made to help encourage their population to grow, including the provision of nestboxes, and relocation and reintroduction schemes.

Though you aren’t likely to find a Suffolk Punch gambolling about in your back garden, this magnificent breed is critically endangered. Like other heavy horses in the country, they were bred and used for agricultural work, pulling ploughs and harrows across miles of farmland. However, as tractors and machinery were introduced, these horses lost their jobs, and numbers started to decline. The Suffolk Punch stands between 16.1 – 17.2 hands (1.65 – 1.78 m), and is always a chestnut colour, but this can vary between a soft orange and a dark red. The ‘Punch’ part of their name comes from their distinct colour, and surprisingly, they originated in Suffolk! In 1966, only nine foals were registered, and work was undertaken to help increase their numbers. Currently, there are around 150 Suffolk Punches in England, and both the Rare Breeds Survival Trust and the Suffolk Horse Society are working on breeding programmes to help ensure their survival.